Shares of Switchback II Corporation are off more than 14% in morning trading today, appearing to sell off sharply in the wake of news that the blank-check company’s merger with scooter company Bird has been approved by shareholders. Shares of the SPAC were off as far as 20% before recovering.

dot.LA first spotted the vote news; Bird is based in the Los Angeles metropolitan agglomeration.

News broke in May that Bird was looking at a SPAC-led debut on the public markets. A few days later, the deal was confirmed, including an expected valuation of around $2.3 billion for Bird when it began to trade. That’s precisely what the company will be worth in light of Switchback II’s share price declines, but the number could be lower than the headline figure from early merger disclosures. 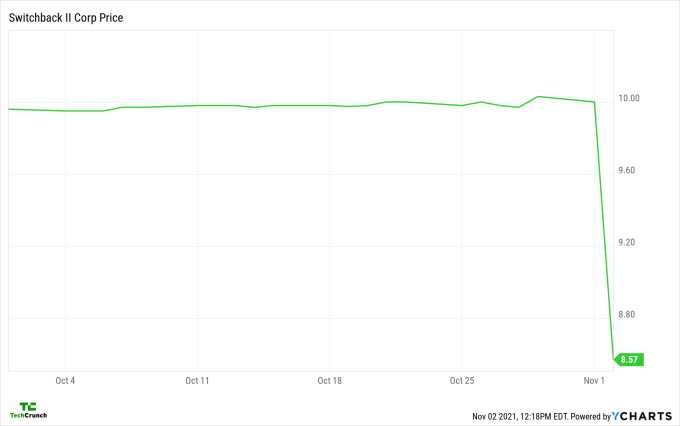 When the Bird deal was first announced, TechCrunch was broadly skeptical of its historical economics. The company’s early business model of buying scooters and renting them out led to staggering losses.

However, Bird has shaken up its model in recent quarters, leveraging a partner network to handle scooter deployment, which has generated more attractive results. For example, Bird had gross margins that were negative in 2018, 2019, and 2020. This year, the company expects — looking at predictions that included results through Q2 2021 — to post positive gross margins.

Other figures are looking up, too. Ride profit inclusive of depreciation, to pick another example, rose to $15.4 million in Q2 2021, its best result ever, and one of only four quarters in which the result was positive.

Under Bird’s new business model, scooters go directly to indie operators, who take on a bulk of the operational work that the company once centralized. The company’s model changed around when the pandemic hit, which, accompanied with improved scooter designs that promise to last longer and so improve depreciation results, have provided a positive boost.