When marketers Paul Benigeri and Geoffrey Woo were at their former companies, in food tech and e-commerce infrastructure, respectively, they experienced how manual and repetitive digital marketing workflows were, especially as the number of disparate and unintegrated marketing tools grew.

With the goal of making their own lives easier, they formed Archive.ai in March to build technology that connects databases and distribution channels so they talk to each other and to address what they believe will be the future of marketing — “building with you” — versus the “talking at you” approach the founders believe traditional digital marketing is doing.

Its two initial products are Archive, a Shopify app that automatically detects, classifies and saves Instagram stories relating to a brand, and Archive Communities, which makes influencer marketing programmatic so that brands can more quickly scale their community-building efforts. 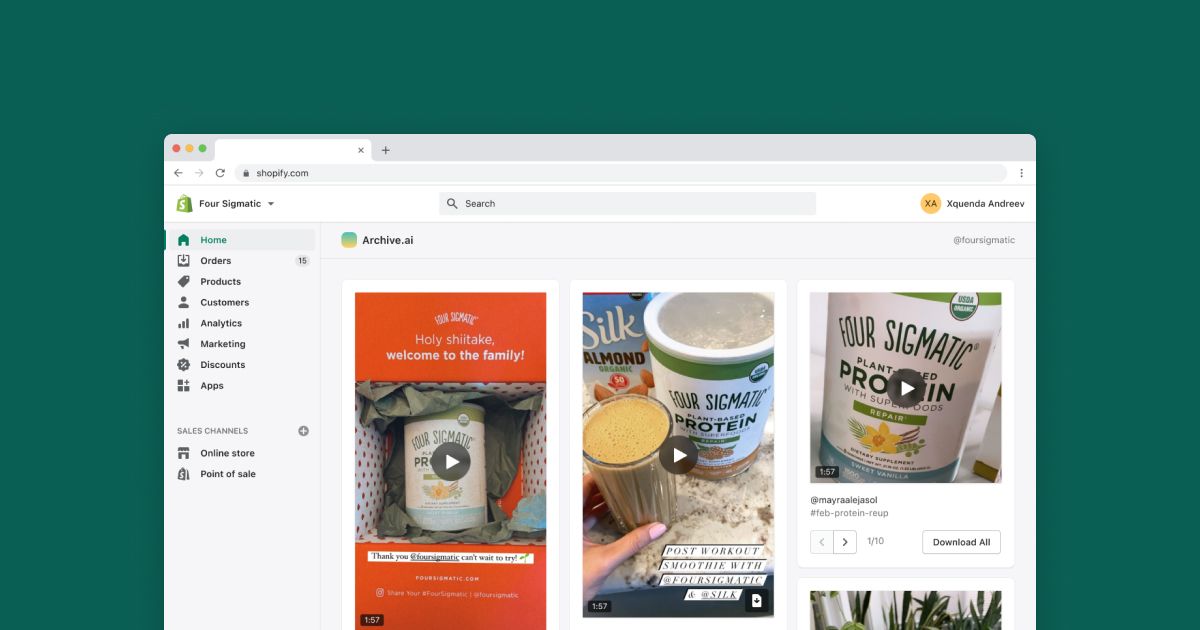 In fact, Woo, who is chairman of Archive.ai, said via email that the company is pioneering a new approach to digital marketing it calls “community marketing.”

“This takes ideas from influencer marketing, affiliate marketing, loyalty programs and community management,” he said. “Much of the existing services operate in silos and don’t inter-operate well. Also since Apple banned the Facebook tracking pixel with iOS 14 in recent months, a lot of the paid social media advertising has become exorbitantly inefficient for most e-commerce companies.”

Before incorporating, the company was a profitable project, according to Woo. Its list of enterprise customers includes Four Sigmatic, CEO Benigeri’s former company Health Via Modern Nutrition and some household names he was not ready to say yet. There are over 40 alpha testers on Archive App with more than 200 people on the waitlist. The company expects to go live with Archive App before the end of November.

However, to “properly build a next-generation community marketing technology company,” as Woo put it, the company decided to go after some venture capital. Today, it announced $4.068 million in funding led by Stripe.

With the new funding, the company tripled its headcount to 36 people, and its monthly recurring revenue grew 58% since April. The company also intends to triple the engineering team to focus on workflow automations and machine learning to assist and streamline marketing tasks and decisions.

In addition, plans include building out a marketing team. Kwan Kim recently joined Archive.ai as head of growth after being the first digital marketing hire for Recurly and scaling the company to its acquisition by Accel-KKR in 2020.

“Archive gives businesses an easy way to review and, more importantly, understand what their customers are actually saying — the north star for every smart company,” Chris Sperandio, corporate development lead at Stripe, said in a written statement. “We’re excited to invest in Archive and, in doing so, to help their users grow internet-enabled commerce.”

B2B marketing tactics that can help move the needle

BrainCheck brings in another $10M to detect, manage cognitive impairment

Reposite streamlines the most tedious tasks for travel agents